The only Grand Slam left in what has been a thrilling season for tennis fans, we take a look ahead to this year's tournament and tell you how you can be there to watch it all unfold. 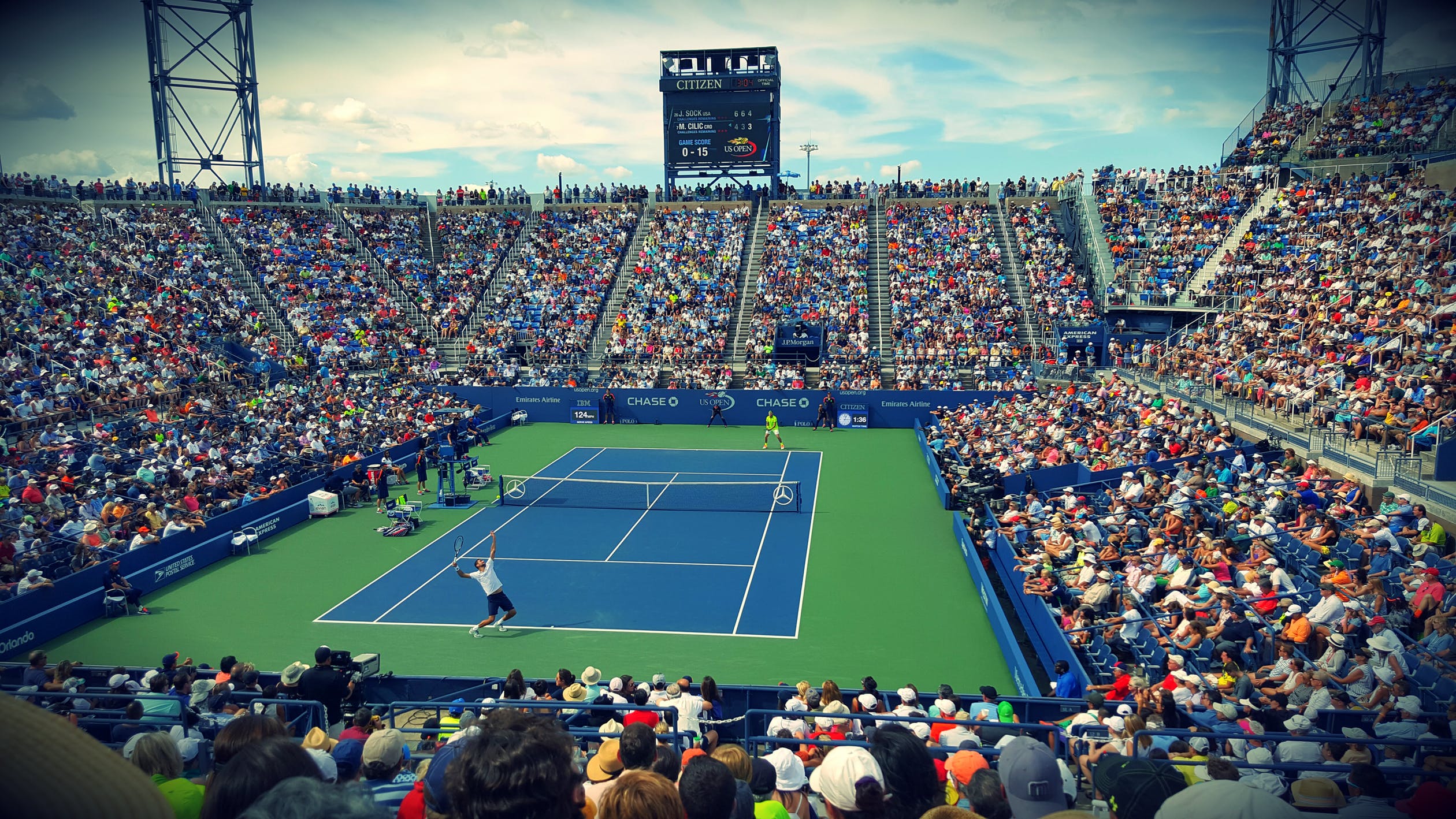 After two weeks of Wimbledon fever, we're suffering withdrawal from wall-to-wall tennis. Meanwhile, the minds of pros and fans alike are turning to the US Open. The tournament always offers plenty of action, so let us take you through some of the most exciting prospects for 2019...

The 15-year-old sensation stole the hearts of London crowds at Wimbledon; just imagine the support she'll get in her home nation! After qualifying without dropping a set and then beating Venus Williams in the first round, Gauff went on to reach the round of 16 where she was knocked out by the eventual 2019 champion, Simona Halep.

Unsurprisingly, Gauff's world ranking has shot up 172 places, from 313 to 141. Her age means the amount of tournaments she can play in is restricted, but a wildcard entry into the US Open draw is almost guaranteed for this American prodigy. In fact, tennis legend John McEnroe went as far as saying he "guarantees" she'll be there. What an occasion for the youngster, one that tennis fans won't want to miss.

New talent in the men's draw

The promise of the 'next generation' breaking through in men's tennis failed to materialise at Wimbledon. A new crop of young players have been tipped as hopefuls to penetrate the grip of Federer, Nadal and Djokovic on the sport's top trophies (the 'big 3' have won 32 out of 39 Grand Slams in the past 10 years). However, only Canadian teen Félix Auger-Aliassime - the first man this century to play in the main draw at Wimbledon - made it to the third round. Meanwhile German Alexander Zverev and Greek Stefanos Tsitsipas (seeded sixth and seventh respectively) crashed out in the first round. Could this put a fire in the belly of these talented youngsters as they return to their preferred hard courts? Only time will tell.

Of course, Andy Murray has been the most successful player to get in amongst tennis's top three. Having recovered from major hip surgery this year, fans enjoyed the treat of seeing Murray partner Serena Williams in the Wimbledon mixed doubles. He looked to be moving well during their matches which, of course, has sparked speculation about his return to the singles game. Murray himself has been coy on the question of the US Open, but returning to the scene of his first grand slam win - and the place he met his now wife, Kim - is surely an enticing prospect.

Off the back of her defeat at the hands of Halep in the Wimbledon final, Serena Williams will no doubt be focussed on regaining her US Open title. The American is just one slam away from equalling Margaret Court's record of 24 Grand Slam singles titles in the open era, and would surely like to reach this milestone on home turf.

Not only this, but Williams will be seeking to exorcise the demons of last year's final, when she was docked a point and eventually a game by the umpire, after protesting his accusation of coaching. Naomi Osaka's win in straight sets was somewhat sullied by the conflict, with both women in tears on the podium. Williams has recently addressed the controversy in a piece for Harper's Bazaar; perhaps her way of drawing a lie under things. Let's hope her return to New York's Flushing Meadows is dramatic for all the right reasons!

Travel to the US Open

Wish you could be there? You can! Why not book a late summer holiday and combine a New York city break with a trip to Flushing Meadows itself? Our sports travel experts at Black Opal can assist with everything, from flights to hotels, tickets to hospitality. That said, if you'd like to arrange your own travel, we can also work on a ticket-only basis.

Contact us via the website today or give our experts a call on 0330 041 4888 to discuss what options are best for you to take a tennis holiday to the Big Apple!

Have something else in mind?